Happier days, before the cardinal in the middle lost his right to practice as a priest. 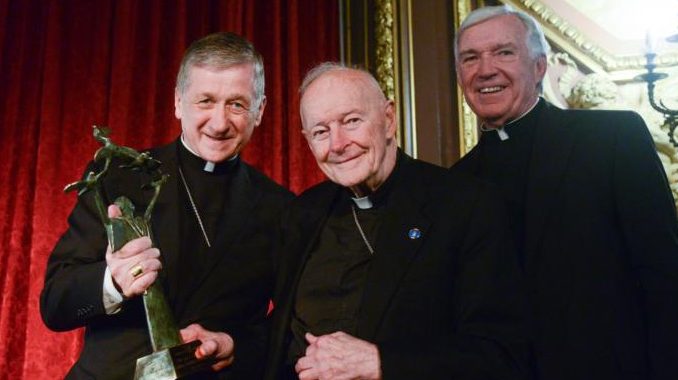 The pope took away the McCarrick faculties.

The cardinal on the left took away those of the Chicago pastor C. Frank Phillips, CR, not shown in photo, and removed him as superior of a religious community of men that he founded based in same parish, St. John Cantius.

McCarrick is in the usual limbo under specific accusation, a wait-and-see situation pending judgment of  specialists.

Phillips lost his pastorate AND his leadership of the religious community he founded, both permanently and immediately before adjudication of the not accusation of engaging in “improper conduct” with adult males.

Weeks later the specialists, or review board, found him innocent. Decision or not, the penalty remained in that Phillips had violated unspecified “standards for behavior,” the cardinal’s spokesperson explained.

One thought on “The pope and the cardinal, two accusation cases”