In April 2016, without consulting Pell, the Vatican Secretary of State suspends an external audit of Vatican finances. The National Catholic Register quotes an unnamed source as saying that officials are afraid of what the audit will find, and want to get rid of Pell.  A year later, Pell was charged in Melbourne with sexual abuse. And that was the end of the Pell threat to the Vatican Bank insiders.

This mafia thing, it could all be a coincidence, and in any case, there are other factors in play in the persecution of George Pell, who was widely hated by Australian anti-clericalists. But it’s curious all the same. George Pell was the No. 1 enemy of the ‘Ndrangheta in the Vatican, and he showed early on in his tenure, when he uncovered all the hidden euros, that he meant business. Now George Pell sits in solitary confinement in a prison cell in Melbourne, convicted on pathetically shabby charges. The old guard in the Vatican won. The world is as it always was.

But his recently completed appeal seems to have hit the mark. If it did — it takes months for the decision — he might get back in the Vatican saddle.

Male victimization and homosexual priests rose together through the 1980s and have since fallen together. These twin waves have largely receded. Female victimization has not fallen, persisting today at roughly the same level as in the 1980s. See the figure below. 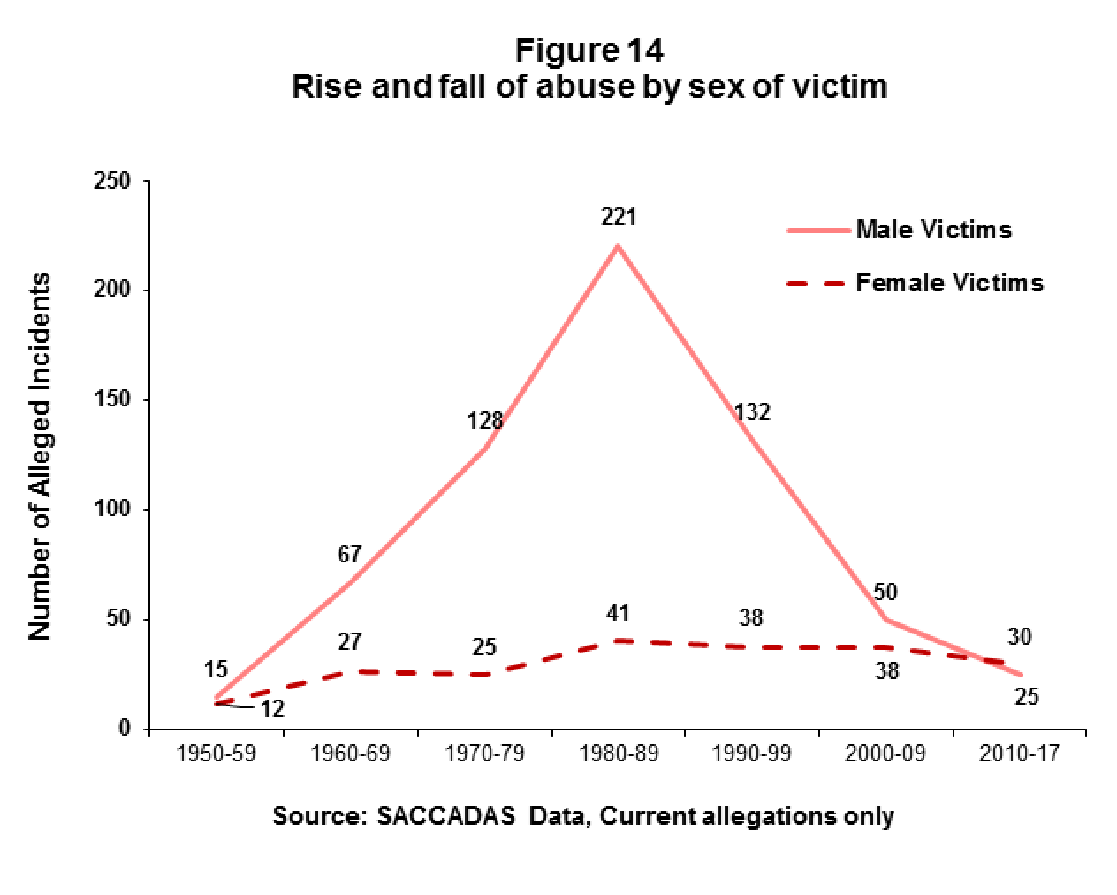 FYI, Ruth Institute is on the no-fly list of the wild ‘n wooly Southern Poverty Law Center. Pay yr money, take your choice. Mine’s on Ruth, especially in view of the SPLC’s long-over-due fall from grace or at least its fall from unquestioning credibility.