What’s sauce for goose (students) is sauce for gander (everyday thinker, especially if he or she is a writer).

via The Startup – Medium

In view of this report from Fox Business News, let us now praise our foxy, shrewd, deal-maker president.

He would do that, now, wouldn’t he.

Contributing to this choice [of socialism] is a figure whose omnipresence is decisive, although very subtle and practically invisible in the political game. At strategic moments, he has skillfully manipulated his power and influence through gestures more than through words. Those public gestures are well registered in photos. As the saying goes: “A picture is worth a thousand words.”

That personage manipulating for the left is His Holiness, Pope Bergoglio, Jesuit and Argentine… He has been affirming his preferences in Argentine politics by the way he receives politicians of that country at the Vatican.

As for the “Argentine Marxist leader, . . . pro-homosexual, pro-abortion, pro-gender ideology and pro-communist terrorism,” butter wouldn’t melt in his mouth. 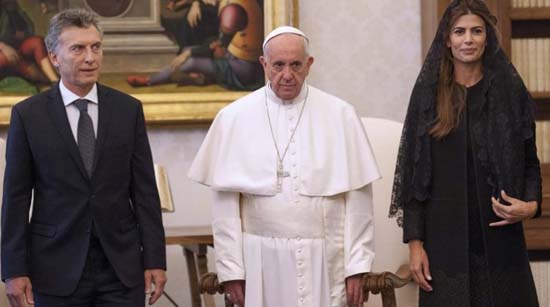 Come on, Francis! A bit of a smile for the misguided traditionalist?

Out of a splendid blog posting jumps this allegation:

Brexiters are often said to be motivated by utopian enthusiasm, in the word’s doubly pejorative sense: their dream is impossible, and yet (or and so) they have a near-religious belief in its potential to deliver a new society

Why jumped out? Because that is what’s often said of Socialists, n’est-ce pas?

This lede tells me I’m gonna read this article:

I always strove to give my daughter access to good schools in “safe” areas, but an experience in a public school has taught me how students of color, even in well-resourced schools and neighborhoods, can fall victim to the school-to-prison pipeline.

I know a mother of a mixed-race child who moved her out of an integrated public school to a less-mixed Catholic school when the girl was getting into fights for the first time. More later . . .

You go high enough on the academic ladder, you are properly “robed” at commencement ceremonies, observes Fr. Hunwicke, explaining:

He contrasts it with what the priest wears at mass:

‘VESTMENTS’, on the other hand, negate the individuality and achievements of the wearer. He wears them to indicate that he is nothing; that he is acting solely in the name of Another.

He did not walk proudly up to a stage to the tune of pomp and circumstance, Rather:

He is a man who was not honoured but humiliated, when, at his Ordination, he lay prostrate on the ground. He now acts clothed in the Priesthood of our Lord Jesus Christ. Far from gaining or achieving anything, he has lost individuality. ‘Initiative’ is, quite simply, not his job. Nor is ‘personality’.

He is a man whose hands and voice are not his own because his sacramental words and deeds are those of the Redeemer.

When you see him emerging, chasubled, [wearing the chasuble] from the Sacristy, you should say to yourself “Ah … jolly good … another of these Nobodies …” [Emphases added throughout]

Jolly good, eh? I get it, but wouldn’t have said it that way, I’m sure.

The big guy has clay feet.

Many of the millions of people who shop on Amazon.com see it as if it were an American big-box store, a retailer with goods deemed safe enough for customers.

In practice, Amazon has increasingly evolved like a flea market. It exercises limited oversight over items listed by millions of third-party sellers, many of them anonymous, many in [well-known cheater] China, some offering scant information.

A Wall Street Journal investigation found 4,152 items for sale on Amazon.com Inc. ’s site that have been declared unsafe by federal agencies, are deceptively labeled or are banned by federal regulators—items that big-box retailers’ policies would bar from their shelves.

Among those items, at least 2,000 listings for toys and medications lacked warnings about health risks to children.

No “local cult,” said the bishop. But it used to be the opposite argument that held sway, says the learned Fr. Hunwicke — if there were a local cult, the cause would be suspect. He finds this objection puzzling.

“Nor do I find it easy to take seriously his second reason,” he continues, citing same:

“I have not been able to tease out a pattern of personal spirituality”.

GKC no paragon, unworthy of imitation?

The liturgical Calendar is already, arguably, overloaded with Bishops and Founders.

Each of whom had prominent, powerful lobbies to boost them.

To the nub of it:

The addition of a simple and married layperson who sought sanctity simply through the plain everyday means of grace offered by the Redeemer in His Church would seem to me a valuable affirmation of plain ‘mere’ Christian ‘spirituality’.

Not an uncertain trumpet from Fr. Z.

Bishop Robert Barron explained, and Fr. Z. followed up with extended commentary, agreeing with a need for action, but issuing his own call.

Every one of those will require, yes, catechesis.  Lots of sound catechesis and patience.