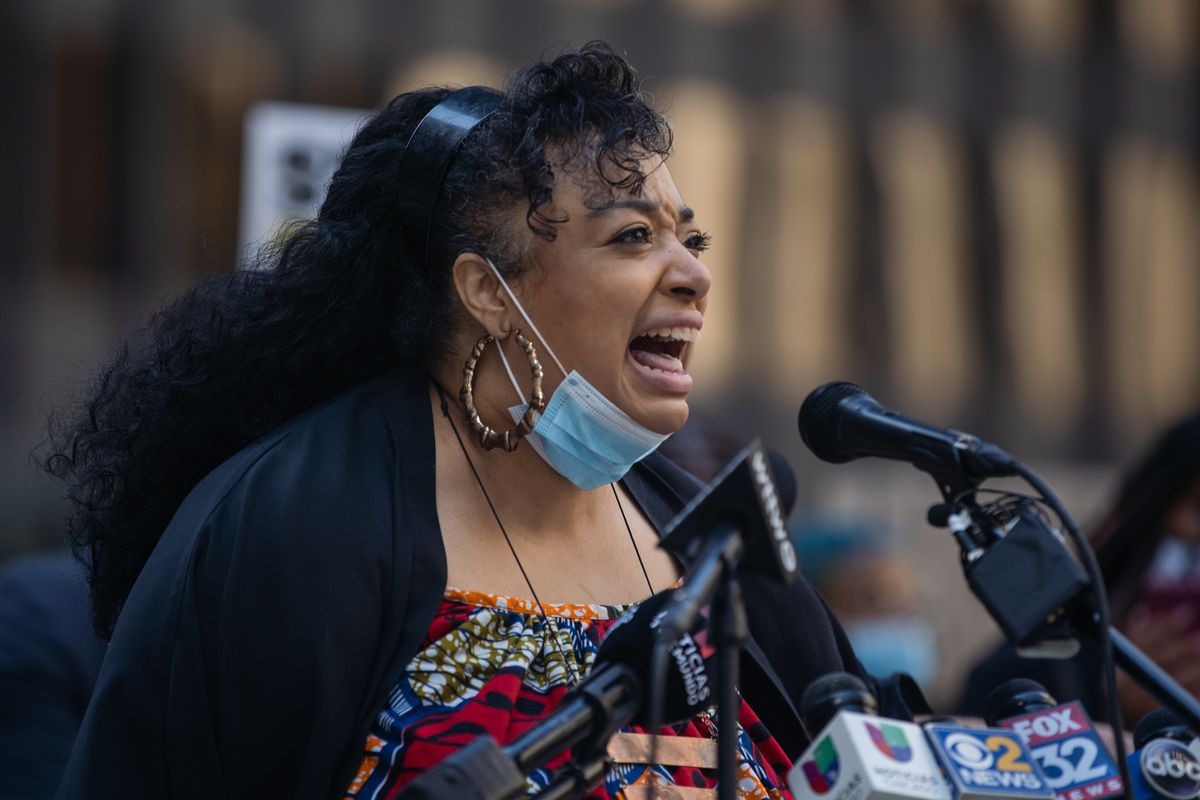 But her lawyer is ill-informed:

“We know the authoritarian tactics they have planned because of what they’ve been doing in Portland,” attorney Tess Kleinhaus, who filed the suit, said Thursday during a news conference downtown in Federal Plaza.

But this Chicago incursion is not the Portland kind at all, and Mayor Lightfoot is all for it.

Chicago Mayor Lori Lightfoot appeared open to the plan, while drawing differences from the Trump administration’s aggressive response to the unrest in Portland, where federal officers clashed with protesters as local and city officials called for them to leave the city.

“Federal agents who are here in Chicago have been here for decades. … They know their city and they live here. … They’re not federal troops,” Lightfoot told reporters Wednesday. “They will be plugged in to the existing infrastructure of the agencies, manage and supervise existing cases and investigations. That’s a big, important difference.”

Let us hope it all works out.