In a trend that began in July, the once-slumping odds that President Trump will win reelection have risen from 36% to an average of 50-50, with some gambling sites giving him a better than even chance of winning.

Oddschecker’s Pete Watt said Friday that Trump???s odds haven’t been this positive since May 28, 92 days ago, and come on the morning after the president accepted the Republican Party’s nomination to run for a second term.

Joe Biden still has a slight edge with the gamblers, at 52%. He had a 63% chance of winning in mid-July.

“This election has ebbed and flowed in favor of Trump, with plenty of observers beginning to write him off in the past few weeks,” said the spokesman for the British betting comparison site.

“However, with Election Day now very much of the horizon and Trump officially confirmed as the Republican nominee, his campaign will be delighted at the timely comeback that is being reflected in the betting markets,” he added.

Watt said that some betting sites have Trump beating Biden. “Some oddsmakers have even cut Trump”s odds to -110, demonstrative of a 52.38% likelihood of securing a second term,” said his analysis.

Seems voters giving up on the guy in the basement.

The future of the country will be decided in the next 60 days.

According to Real Clear Politics aggregation of polls, if the election were held today Biden would win the presidency and Democrats would win control of the U.S. Senate, to go along with their majority in the House of Representatives.

Don’t get cocky and dismiss the polls – I don’t care what happened in 2016.

I am a Virginian and never in a million years would’ve imagined my state would be where it is today. Democrats control us here now and they’re pushing their radical policies through at warp speed.

Biden can win. We can also lose the senate. That means a very real possibility of a democrat WH, House, and Senate in a matter of months.

You help no one if you continue thinking “Trump will win in a landslide.” Your overconfidence is as dangerous to this nation’s future as the leftist chaos we are seeing is.

Work. Work like your family’s life depends on it for the next 10 weeks.

MADISON, Wisconsin — A classical Catholic school academy voted Monday to hire a former Wisconsin solicitor general to pursue litigation against a school-closing order issued by the Dane County public health agency just 60 hours before parochial schools were set to open for fall 2020 instruction. A crowd-funding effort by Madison-based St. Ambrose Academy had raised nearly $91,000 in less than 48 hours to challenge the last-minute closing order aimed at preventing spread of COVID-19.

Joan Carey, executive director of St. Ambrose Academy, said the school has engaged the services of Misha Tseytlin, a partner with Troutman Pepper Hamilton Sanders LLP, a law firm that earlier this year helped the Diocese of Madison defeat attempts to place strict limits on Mass attendance due to the coronavirus. The decision to challenge the legality of the school-closure order was ultimately an easy one, she said. 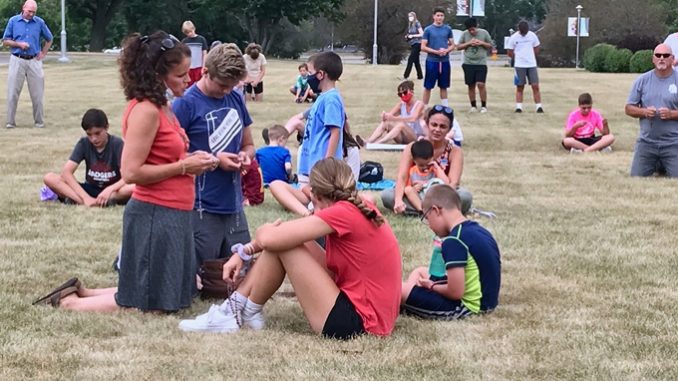 Parent Jill Yanke leads a Rosary rally for the opening of in-person instruction at Catholic schools Monday August 24 outside the headquarters of the Diocese of Madison, Wis. (Photo by Joseph M. Hanneman)

She wore her uniform for the speech.

WASHINGTON, DC, August 27, 2020 (LifeSiteNews) — A religious sister who was formerly a colonel in the U.S. Army Medical Corps gave a knock-out speech at the Republican National Convention last night, moving from a description of her recent work with refugees to her concern for the unborn.

“They have all been marginalized, viewed as insignificant, powerless and voiceless. And while we tend to think of the marginalized as living beyond our borders, the truth is the largest marginalized group in the world can be found here in the United States,” she continued.

“They are the unborn.”

Can’t beat that for an opening.