So? They got the symbolism.

Congressman Adam Schiff, the Chairman of the House Intelligence Committee and, not coincidentally, the single most shameless pathological liar in the U.S. Congress by a good margin, appeared on CNN with Wolf Blitzer on October 16 to discuss The New York Post story about Hunter Biden’s emails. The CNN host asked him a rhetorical question embedded with baseless assumptions: “does it surprise you at all that this information Rudy Giuliani is peddling very well could be connected to some sort of Russian government disinformation campaign?”

Schiff stated definitively that it is: “we know that this whole smear on Joe Biden comes from the Kremlin,” adding: “clearly, the origins of this whole smear are from the Kremlin, and the President is only too happy to have Kremlin help in amplifying it.” Referencing Trump’s promotion of The New York Post reporting while at his White House desk, Schiff said: “there it is in the Oval Office: another wonderful propaganda coup for Vladimir Putin, seeing the President of the United States holding up a newspaper promoting Kremlin propaganda.”

Fake charities are not just for the Clintons, it seems, as a report from the New York Post reveals that a cancer charity started by former Vice-President Joe Biden spent most of the millions it raised on salaries, but gave out no grants in its first two years.

Some of the grim details:

Simon, a former Pfizer executive and longtime health care lobbyist who headed up the White House’s cancer task force in the Obama administration, saw his salary nearly double from the $224,539 he made in fiscal 2017, tax filings show.

Servants of the people turn power into moolah.

Former federal prosecutor Sidney Powell, a Trump campaign lawyer, suggested in a Sunday interview that there is still more evidence coming out in President Donald Trump’s claims of voter fraud and irregularities.

“We’re getting ready to overturn election results in multiple states,” Powell said, saying that she has enough evidence of election fraud to launch a widespread criminal investigation.

“I don’t make comments without having the evidence to back it up,” she added, saying that elections software switched “millions of votes” from Trump to Democratic nominee Joe Biden.

Powell notably provided legal counsel to Gen. Michael Flynn in 2019. She was named to Trump’s legal team in the past several days.

Tells how the fraudsters did it. 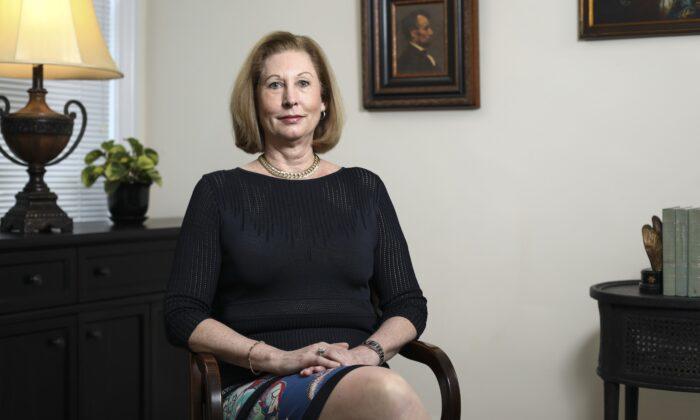 Powell said a whistleblower came forward and said the elections software was designed to “rig elections,” saying that “he saw it happen in other countries,” referring to voting systems Dominion Voting Systems and Smartmatic, or perhaps other software and machines.

“We have so much evidence, I feel like it’s coming in through a fire hose,” Powell said, while noting that she won’t reveal the evidence that she has.

“They can stick a thumb drive in the [voting] machine, they can upload software to it even from the Internet … from Germany or Venezuela even,” she said, adding that operations “can watch votes in real-time” and “can shift votes in real-time,” or alleged bad actors can “remote access anything.”

“We’ve identified mathematically the exact algorithm they’ve used—and planned to use from the beginning” that allegedly switched votes to Biden, Powell remarked.

Dems have been worried about this operation.

Powell also made reference to a 2019 investigation from Sens. Amy Klobuchar (D-Minn.), Elizabeth Warren (D-Mass.), Ron Wyden (D-Ore.), as well as other Democratic lawmakers into Dominion Voting Systems, Election Systems & Software, and Hart InterCivic. The senators had expressed concerns about the security of the voting systems.

“(W)e have concerns about the spread and effect of private equity investment in many sectors of the economy, including the election technology industry—an integral part of our nation’s democratic process,” wrote the lawmakers in their letters to the firms about a year ago.

“These problems threaten the integrity of our elections and demonstrate the importance of election systems that are strong, durable, and not vulnerable to attack.”

Later in the Sunday morning interview, Powell said that her team has “detected voting irregularities that are inexplicable” in states where officials believe they have valid systems.

Media hopped on his words, twisted them, got their headlines. Read all about it.

Update: Well, as we said earlier, “we doubt Trump will agree with the left’s characterization of the tweets as a concession”, and sure enough just an hour after tweeting that Biden “won because the Election was Rigged”, which most liberal and Anti-Trump media outlets sprung to defined as an “apparent concession”, Trump followed with another tweet – which has yet to be censored by Twitter – in which he explained how he feels: “He only won in the eyes of the FAKE NEWS MEDIA. I concede NOTHING! We have a long way to go. This was a RIGGED ELECTION!”

In a tweet which Bloomberg and various other mainstream media outlets immediately dubbed an “apparent concession” by the president, shortly before 8am ET Trump – who has so far refused to acknowledge Biden’s victory – tweeted that Joe Biden “won because the Election was Rigged.” It was his 9th tweet of the morning and the first time Trump has acknowledged a victory by Joe Biden even in a passing comment.

Twisted or not, T. is not buying it. Stay posted.