Thou shalt not hear or read or watch such things.

Joe can’t leave those headlines for those other people. 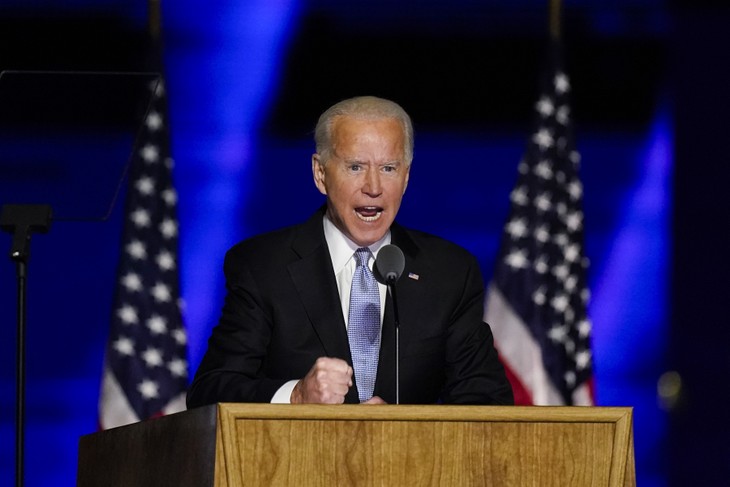 AP Photo/Andrew Harnik
We’re starting to see a lot of craziness in reaction to the Capitol protest. Or perhaps I should say, using that as an excuse to crack down on the right and on their speech.

Twitter locked President Donald Trump’s account and then released it after about a day or so. Then Democratic Sen. Joe Manchin (D-WV) and others are calling for Trump to be pulled. Now as we just reported, Twitter has banned the president permanently. Twitter is now literally doing the bidding of the Democrats.

Which we have gotten used to, actually.

Facebook and Instagram already suspended Trump for at least two weeks and possibly permanently. Shopify even pulled MAGA goods from their online stores. Because MAGA hats are apparently evil now.

Democrats and media are also blaming Sen. Ted Cruz (R-TX) and Sen. Josh Hawley (R-MO) and calling on them to resign or be expelled.

This is crazy. It was a riot. With thousands of peaceful people and some who were not. Yet it’s being used to shut down the opposition and to shut down any election questions.

Objecting to the electoral count is not illegal, it’s not “sedition” or whatever craziness Democrats want to spread. It’s exactly part of the Constitutional order, which was something Democrats understood when they in fact objected over the last three Republican presidents, as we previously reported here and here.

Now word comes from Joe Biden that he is working on a bill to go after “domestic terrorism” with a redefinition of the term, to go after the “ideologically-inspired.”

His instincts have served him well over the years. Bad sign.