What’s his name and his American wife. 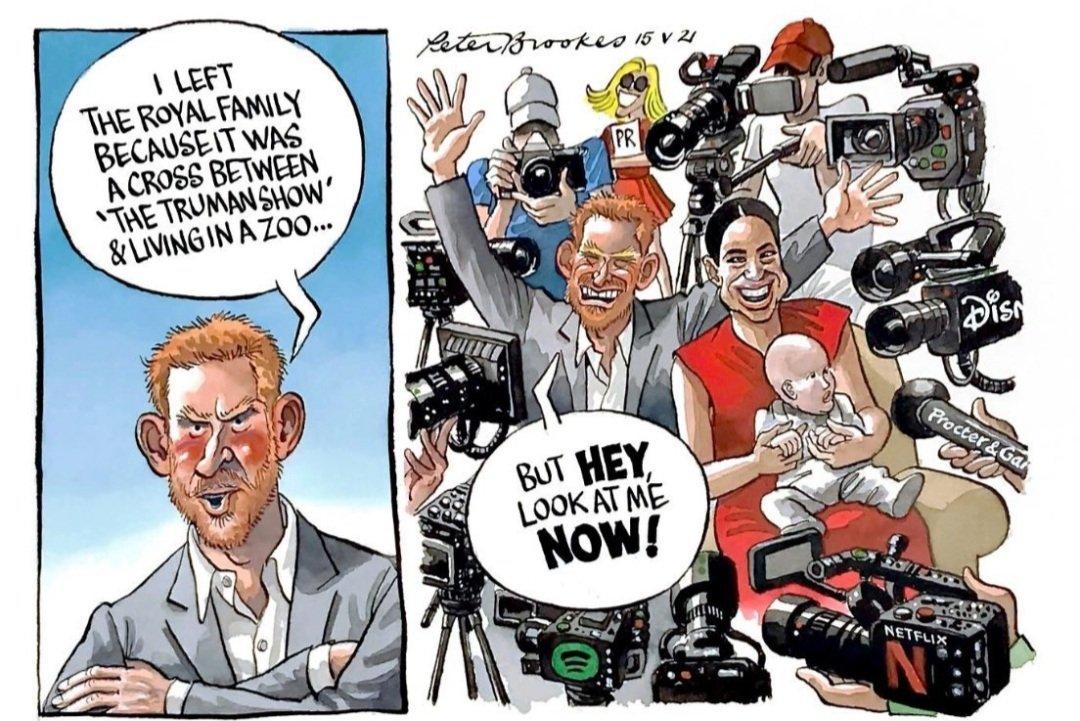 Not to be laughed at, says Jonathan Turley:

The media went into a frenzy this weekend when the bonny Prince Harry gave a huge Hurrumpf to the First Amendment. On a show appropriately called “the Armchair Expert,” Harry declared the First Amendment “bonkers” and expressed frustration of how it protects the media in its “feeding frenzy” over his life.

Harry’s criticism of the First Amendment can be dismissed as the unfamiliarity of a royal refugee. However, it is actually far more serious than that. Harry and his American wife Meghan Markle have attacked media rights in England and succeeded under the laws of the United Kingdom. They are now joining a growing anti-free speech and free press movement in the United States.

Is this lady in over her head?

To absurdum this idiotic reductio to its inevitable conclusion, reporters might end up having to argue the racist “one drop” rule just to compete in the Chicago market. Lightfoot has certainly incentivized that outcome with this new standard.

Reporters will want to take 23&Me and Ancestry.com DNA tests to see if they can find any claim at all to “Black or Brown” ethnicity, and then demand access to Lightfoot accordingly.

Can you see an editor promising good coverage for just a drop?

A book worth reading, I’d say.

“The New York Times is by far the most influential newspaper in the world and thus receives far too little journalistic scrutiny due to its power to affect careers. Any book that casts a critical eye on the Paper of Record’s history, as this book does, is performing a valuable service.”

“In an account brimming with fascinating, if morbid, detail, Ashley Rindsberg rigorously exposes the dark side of the New York Times. For 99 years- since a 1922 description of Hitler as someone ‘actuated by lofty, unselfish patriotism’-it has labored under the shadow of its dynastic owners’ triad of problems: capitalist guilt, Jewish self-hatred, and an ambition for power, wealth, and status. The Times‘ importance means the family’s issues have done much damage.”